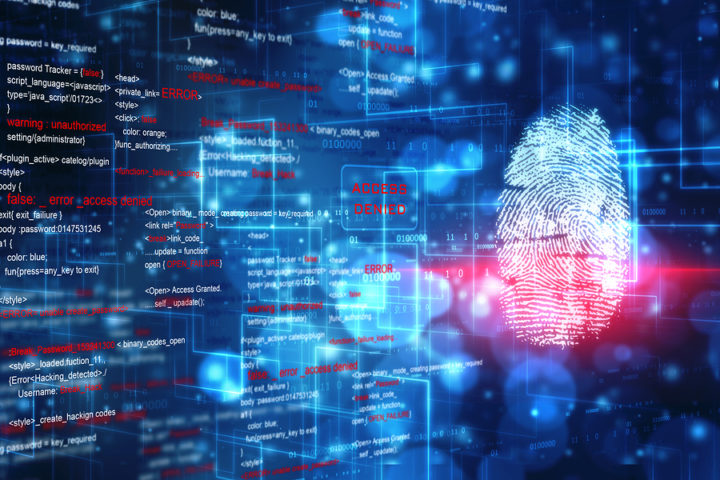 In this article we are going to explore the following points:

Before diving into the practical labs it is essential to explain many important terminologies. First, what is digital forensics?

NIST is describing Forensics as the following:

_The most common goal of performing forensics is to gain a better understanding of an event of interest by finding and analyzing the facts related to that event... Forensics may be needed in many different situations, such as evidence collection for legal proceedings and internal disciplinary actions, and handling of malware incidents and unusual operational problems. _

let's explore these steps one by one:

"A chain of custody is a document that is borrowed from law enforcement that tracks evidence from the time the Computer Forensics Examiner gains possession of the item until it is released back to the owner. "

The following illustration presents a chain of custody template: 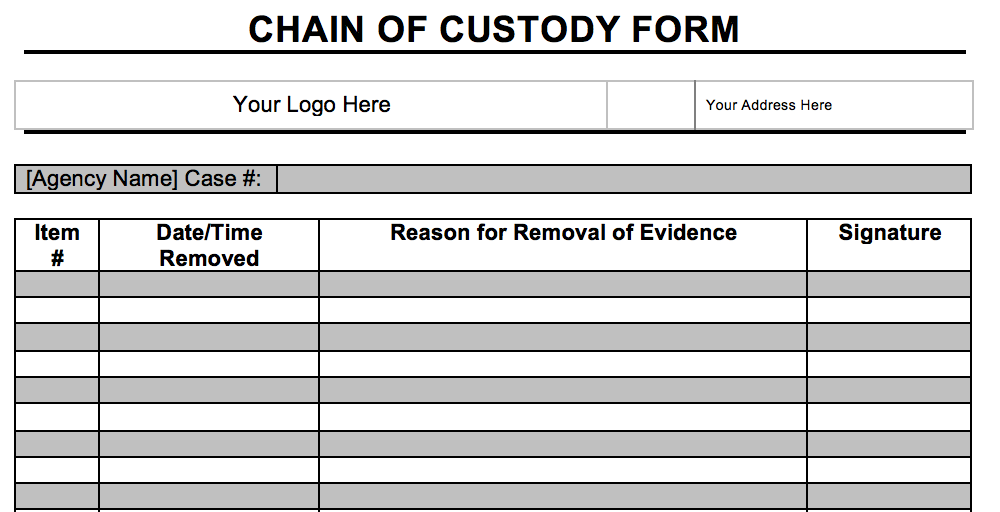 To perform digital forensics, obviously, you need to prepare a lab for it. It is essential to have both the required hardware and software.

During investigations, digital forensics experts are dealing with many hardware pieces and devices including RAMs and Storagemedia devices. Thus, it is important to acquire a suitable hardware equipment to perform the task in good condition. Some of the required hardware pieces are the following:

As I said previously, a digital forensics computer needs to be equipped with many DF tools. Some of the most used tools and operating systems are the following:

An evidence is the information to be investigated. Digital forensics analysts are dealing with different categories of evidence including network-based evidence and host-based evidence. Let's start exploring how to deal with network evidence. As we cited earlier, the first step is collecting the evidence. In networking, we can perform the collection using many techniques and tools. After identifying the source of evidence using for example network diagrams, you can use packet capture tools such as:

"Wireshark is the world's foremost and widely-used __network protocol__ analyzer. It lets you see what's happening on your network at a microscopic level and is the de facto (and often de jure) __standard__ across many commercial and non-profit __enterprises__ , __government agencies__ , and educational institutions. __Wireshark__ __development__ thrives thanks to the __volunteer__ contributions of networking __experts__ around the globe and is a continuation of a __project__ started by Gerald Combs in 1998". (Source: __wireshark.org__ )

As a demonstration let's explore how to analyse a small pcap file with Wireshark.

If you are using Kali Linux, Wireshark is already installed there. 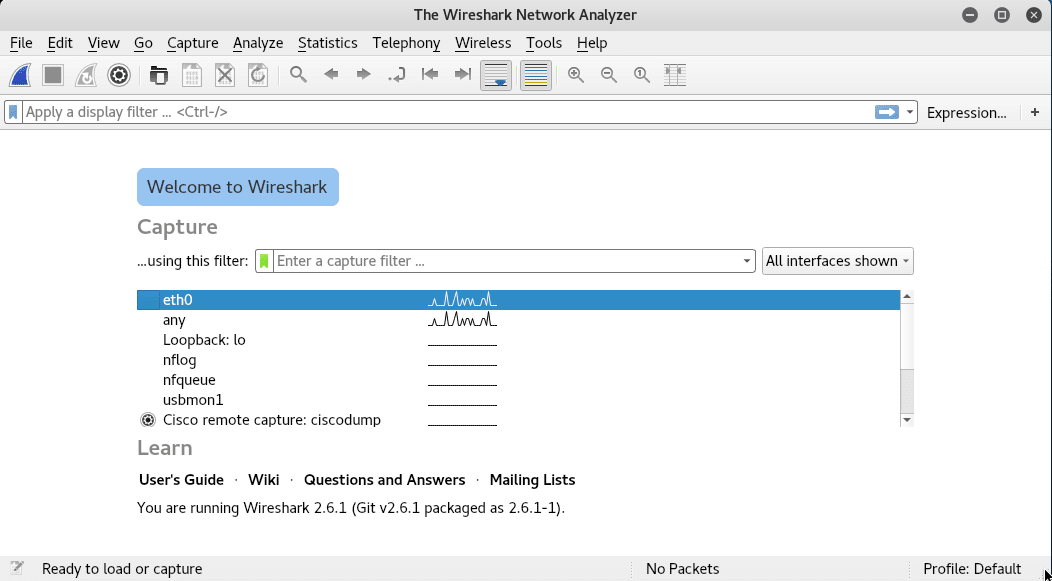 We are going to analyse this Pcap file http_with_jpegs.cap.gz from here: https://wiki.wireshark.org/SampleCaptures

Open the file with Wireshark: 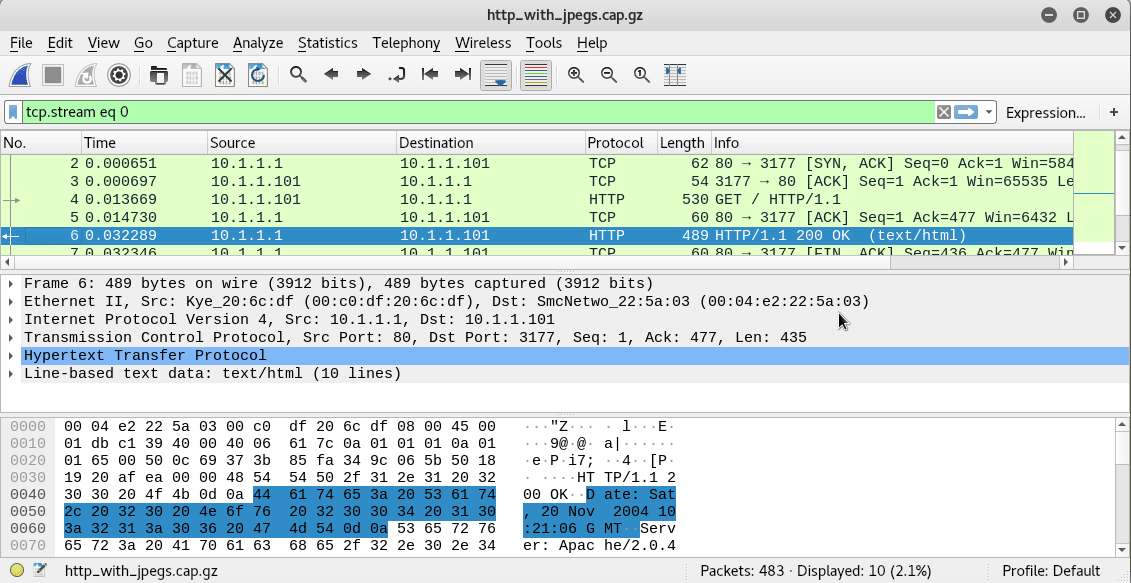 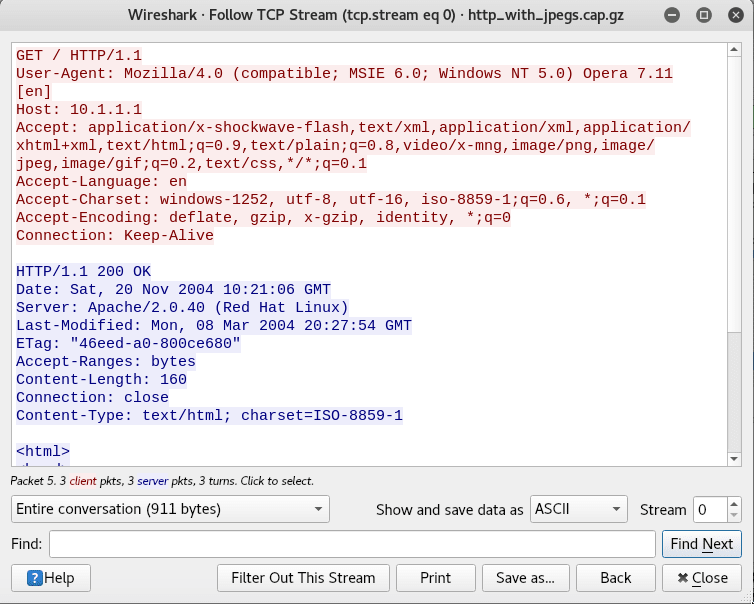 For example, we are going to extract the files from the captured packet: 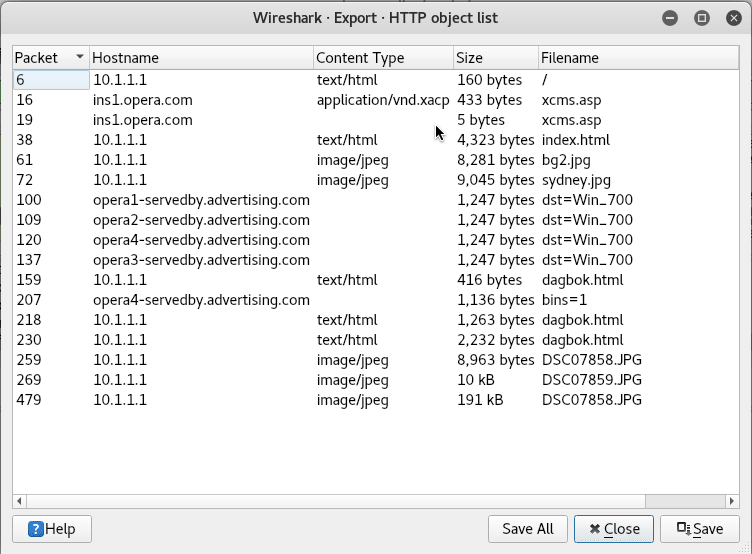 Voila! we extracted the included files: 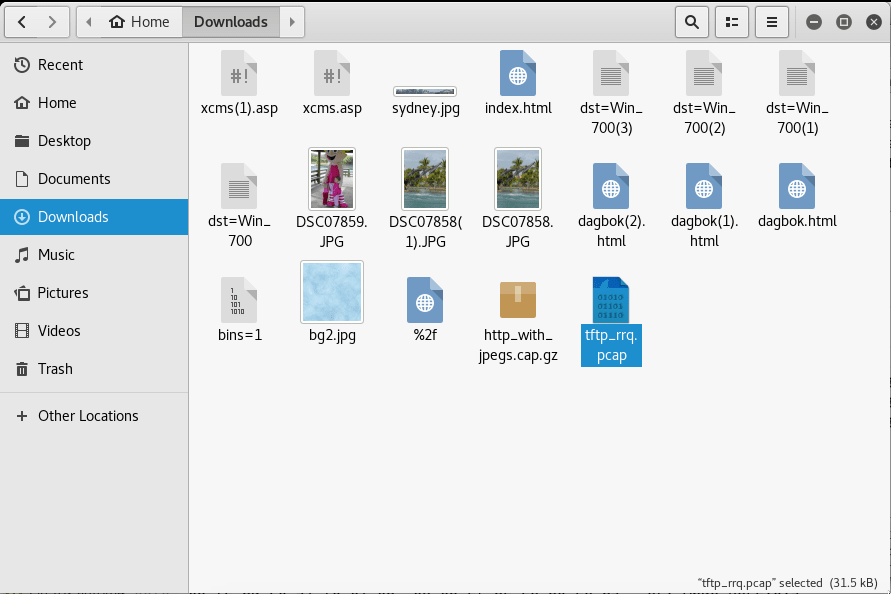 As an investigator and digital forensics expert, it is essential to acquire knowledge about the different storage means and the different filesystems. By definition, a storage media is a device where we can store data and information. There are many used storage devices including: The removable storage media pieces need to be formatted with a specific filesystem. Some of the most used filesystems are:

Forensics imaging is a very important task in digital forensics. Imaging is copying the data carefully with ensuring its integrity and without leaving out a file because it is very critical to protect the evidence and make sure that it is properly handled. That is why there is a difference between normal file copying and imaging. Imaging is capturing the entire drive. When imaging the drive, the analyst image the entire physical volume including the master boot record. There are two imaging techniques:

Also, the taken images can be in many formats such as:

For imaging, you can use FTK Imager:

"FTK Imager is a data preview and imaging __tool__ used to acquire data (evidence) in a __forensically__ sound manner by creating copies of data without making changes to the original evidence." As a second demonstration, we are going to learn how to use a great forensics tool called "Autopsy Forensics Browser". According to https://www.linuxlinks.com/autopsy/ :

If you are using Kali Linux, can found it directly there without the need to install it:

Run it from the menu: 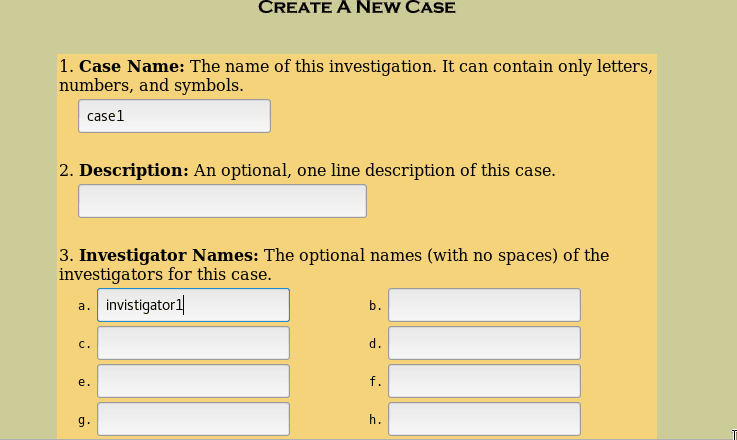 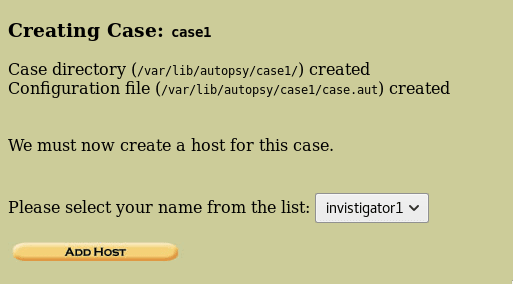 For the demo, we are going to use a memory dump sample (NTFS Undelete) from http://dftt.sourceforge.net (Digital Forensics Tool Testing Images)

Add the path of the dump: 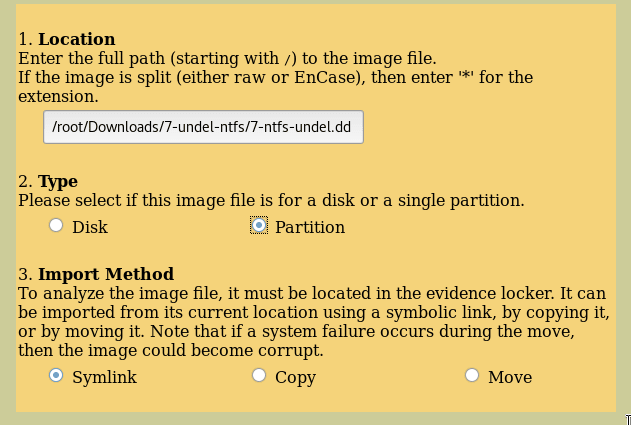 These are some pieces of information about the dump

Now you can analyse the file freely:

Memory malware analysis is widely used for digital investigation and malware analysis. It refers to the act of analysing a dumped memory image from a targeted machine after executing the malware to obtain multiple numbers of artefacts including network information, running processes, API hooks, kernel loaded modules, Bash history, etc. ... This phase is very important because it is always a good idea to have a clearer understanding of malware capabilities.

To analyse memory You can simply use volatility framework, which is an open-source memory forensics tool written in Python. It is available under GPL. Volatility comes with various plugins and a number of profiles to ease obtaining basic forensic information about memory image files. To download it you can visit this website: The Volatility Foundation - Open Source Memory Forensics or GitHub - volatilityfoundation/volatility

As a hands-on practice, we are going to analyse a memory dump from an infected computer with Volatility. You can find many samples here: https://github.com/volatilityfoundation/volatility/wiki/Memory-Samples

For the demonstration, we are going to analyse a memory dump called " cridex.vmem"

Get info about the memory dump:

Get hidden and terminated Processes

For more information about the most used Volatility commands check these two helpful cheatsheets:

In this module, we discovered what digital forensics is, what are the different steps to perform it, including evidence acquisition and analysis. Later, we explored some well-known digital forensics tools by analyzing some memory dumps using Autopsy and Volatility framework.